This is the next instalment in what is becoming a series of annual posts where I chart the gulf between my swimming aspirations and  bodily realities. After last year's disappointments, I have been working hard to manage my injuries; in particular, my neck problem proved to be stubborn and intractable, but a combination of osteopathy and a diligently-followed prehab regimen slowly relieved the trapped nerve and associated muscle damage and by the end of January I was covering 25-30km a week in the pool quite happily and feeling very optimistic. I threw my hat in the ring for an ambitious and exciting swim and thought I was good to go.

But it's never so simple. I came out to the Canary Islands last week with the aim of spending a couple of weeks doing some very dull data coding, made easier by sunshine and swimming on tap. Unfortunately, a spell of stormy weather here made the swimming lumpy, and then later, impossible, but even in the modestly lumpy phase, the gap between the predictable flatness of the pool and the erratic movement of the waves exposed the weaknesses of my recovering neck, which soon started to feel stiff and sore post-swim. I stretched, pre-habbed and maintained a position somewhere between optimism and denial, but the next day the stiffness and immobility started to return even while I was still in the water being bounced around by the waves. A huge storm then hit the islands putting a stop to all swimming, but the niggle in my neck persisted, clicking and crunching when I woke up in the morning or turned my head quickly.

What to do? I could persist and hope that it would be relieved by more swimming; or that calmer waters later in the trip would reduce the strain and allow me to continue building up. Or I could pull the plug and go back to my modest pool-swimming, osteopathy and prehab regimen, which has undoubtedly been working...albeit not as quickly as I would have liked, as it turns out. I couldn't face (or afford) another late pull-out, so in the end, this morning I decided to pre-empt the issue and withdraw from the delicious swim I had been hoping to do (as well as a more low-key UK event that I'd signed up for a while back). I feel terrible that I seem to have become a serial withdrawer, in spite of my best intentions and genuine convictions that I was up to each challenge.

It is painful to have such a fantastic opportunity slip through  my fingers, and I have been torturing myself all day with the thought that maybe...just maybe...I would have been alright and could have done it. But in the end, I suspect that uncertainty about an injury is certainty enough when deciding about a very long swim; distance is pretty unforgiving of bodily weaknesses and injurious flaws.

This is very different to last year's crash and burn though. I hope that I've called a halt in time to stop the injury niggle in its track and to get quickly back to my slow.....slow....recovery. I haven't pushed on and aggravated the injury into something much more serious like I stupidly did last year, so perhaps I am learning and this too is some kind of progress in my swimming evolution (or possibly devolution, given that I started strongly with the EC years, but am becoming increasingly unimpressive and breakable).

The healing process is slow - perhaps because of my age, or maybe because this is just how bodies are sometimes - but I am still confident that I am healing, if not at the pace I thought I was. I'd like to think that I still have another long swim in me, but I wouldn't want to say with any confidence that I do. And I think you can only cook up exciting plans and then let people down so often before you have to rein in your ambitions with a dose of reality and the wisdom born of experience. But perhaps this is also a chance to learn other, gentler ways of being in the water too... an opportunity for a more leisurely summer of beautiful 2-3 hour swims in the Lake District rather than the 6-8 hour slogs I was anticipating; a chance to think about swimming rather than training, perhaps...

We'll see. But for now, it's back to slow healing.

To end on a positive note, even though it's ferociously windy, it's 23 degrees and sunny here in the Canary Islands, while the UK is blanketed in snow and ice. Plus we have kittens at home now, and life is always okay once there are kittens in your life. 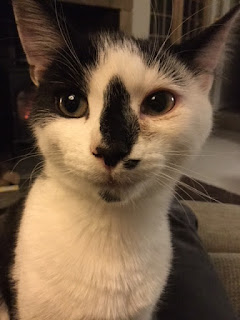 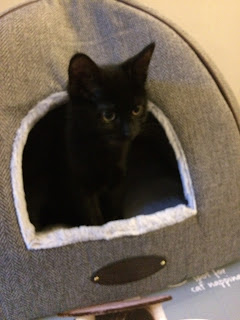 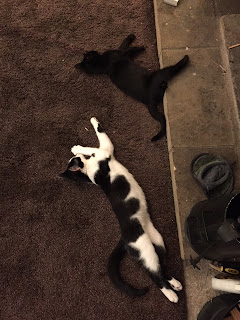 Posted by Karen Throsby at 13:41 No comments: