This is a very un-swimming post, but I thought I might as well get it out in the open now, since I'm probably going to get steadily crosser as the Queen's Jubilee approaches and it's best that you know why.

P and I divide our time between the two cities that we inhabit (Coventry and Bath), and we have now received invites in both locations to Jubilee Street parties. I don't want to offend anyone by putting up posters, or (as we have considered) putting republican postcards through neighbourhood doorways late at night. But good heavens.... let's stop with the fawning adoration of the public parasite-in-chief and her band of unmeritocratically over-privileged descendants.

So, now that street parties are going to be taking place near both our abodes, I see no alternative but to swim out into a suitably large stretch of water (see, it is partly about swimming) until it is all over.

In the mean time, in case it wasn't already obvious, I support a democratically elected head of state, and an end to the constitutional role of the monarchy. The monarchy is unaccountable, expensive, and relies on birthright as a means of accessing power and privilege. It just isn't good enough. 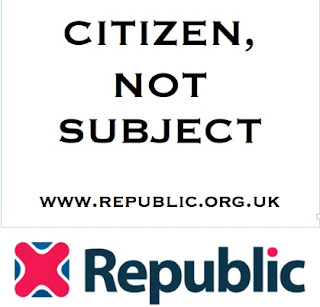 And if you need me on Jubilee weekend, I'll be off swimming somewhere and most definitely not turning on my TV.

There, I feel better now that's off my chest. Normal service will be resumed shortly with some swimming book reviews and a summary of the research data on why people choose to swim the Channel.